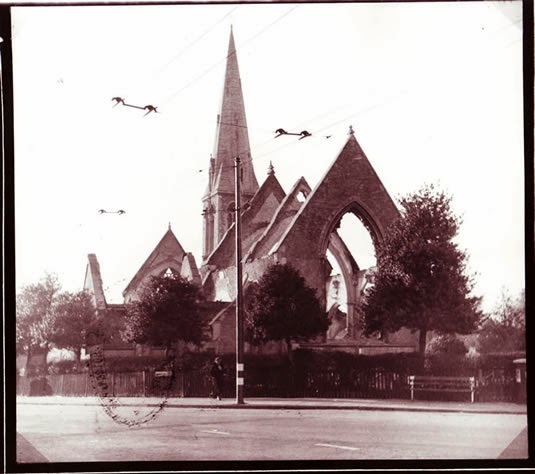 During World War II, the county of Surrey experienced immeasurable losses. In the first month of The Blitz more than 5000 tons of high explosives were dropped on London and the surrounding counties, causing widespread devastation. 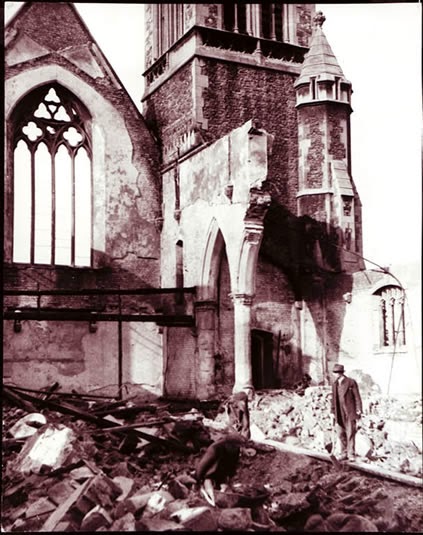 Last month, we announced details of our new £3m residential contract at Avenue Elmers in Surbiton, where it appears the destruction caused in this dark stage of history had a detrimental effect on the nearby surrounding area. These pictures show the ruin caused at a local church situated just across the street from our newly awarded project. Of course, the devastation caused by the bombings are no longer apparent with most physical evidence now long gone; the church pictured has thankfully been rebuilt since.

The re-emergence of this now thriving South-East county since the trail of destruction caused in the early 1940's, speaks volumes. Further developments lead by Bespoke continue to take place in Surrey, not just in Surbiton, but also in Richmond and Chertsey . Here, two other exciting, new build residential contracts have recently been announced.