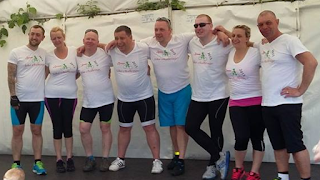 Bespoke would like to congratulate Project Manager, Martyn Collier on the completion of his 170 mile charity bike ride.

Martyn and a team of 7 fellow cyclists accomplished the challenge from Walsall, to Brean in Somerset; via Wales in just 2 and a half days. 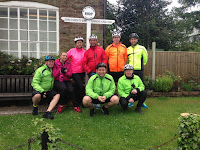 Driven by over £4000 in donations, the small peloton of cyclists endured typical British weather conditions throughout the entire task. 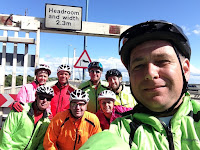 This is the second year running that Martyn has taken part in this sponsored, self-organised cycling event. Last year, in the company of his close friend, Darren, the pair raised over £3000 for St Giles Hospice in Walsall.

A big well done to Martyn and all of the team who took part on this inspiring journey. Same again next year!